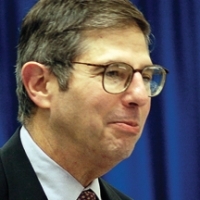 Laurence Ach is a Senior Vice President with Klingenstein, Fields & Co., with more than 30 years of investment management experience. Prior to joining Klingenstein, he was at First Republic Investment Management from 1999 to 2008 as a Managing Director and Portfolio Manager, including serving as Chief Investment Officer from 2001 to 2005. He was with Lynch & Mayer from 1994 to 1999, where he headed the firm’s Private Asset Management division. Mr. Ach was a Senior Vice President/Portfolio Manager at Lazard Freres Asset Management from 1986 to 1994. Previously, he had portfolio management and analytical responsibilities at NSR Asset Management, General Reinsurance and Bankers Trust.

Mr. Ach has an MBA in Finance from The Wharton School at the University of Pennsylvania and a BA in history from Trinity College, and also holds the Chartered Financial Analyst designation. Mr. Ach has served on various committees of the New York Society of Securities Analysts and is Secretary and Chairman of the Investment Committee of Temple Israel. He joined the Fedcap Board in 2002 and became Vice Chair in 2014.