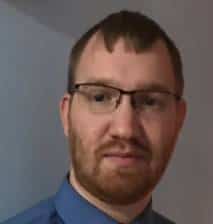 Shane joined ENABLE in 2017.  Shortly before finishing High School he joined the military. Shane served in the Army for 4 ½ years and learned that strength, courage, and self-determination can be found in anyone.  After his service in the Army, Shane attended Centenary University in New Jersey and graduated with a Bachelors of Science in Business Administration with a Concentration in Management. While in college, he worked at Walmart as a Department Manager.

“As a Department Manager, I trained, interviewed, and hired multiple employees.  One of his team members had a disability and working with her made me realize that was what I wanted to do. I wanted to help people with disabilities find their voice. I wanted to help find them a job and have that sense of accomplishment with knowing the paycheck they had received was something that they earned and that they were capable of being independent.  I believe that the path I chose has led me to where I am today, and my experiences have been not only an asset in my role as an Employment Specialist but within Enable/Fedcap as a whole.”