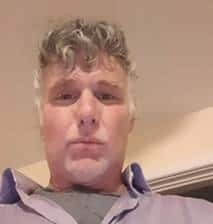 Matt has been an Employment Specialist with ENABLE since 2009.  For years, he has volunteered as a big brother for Big Brother/Big Sisters, the Special Olympics, various nursing homes and hospitals.  Matt is also a regular platelet donor.   “I truly believe that it is not what we have received that makes us blessed, but that which we give away to others.”

In his spare time, Matt is an impressionist/entertainer, and enjoy making people smile. He has  performed in such venues as The Paramount Theater in Asbury Park, Catch a Rising Star in Princeton,  and the Laugh Factory in New York.  Matt has been on satellite radio and has done voiceovers, impersonating celebrities including Sylvester Stallone, Denzel Washington, Johnny Carson, Clint Eastwood, Al Pacino and Robin Williams.

Matt is a graduate of Ramapo College in Ramapo, NJ.