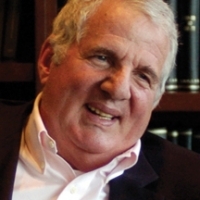 Peter Aschkenasy has been active in the municipal and cultural life of New York City for over 40 years. He joined the administration of Mayor John Lindsay as an assistant to Parks Commissioner Thomas Hoving, and then was Deputy Commissioner of the Department of Parks, Recreation and Cultural Affairs under August Heckscher. He also served as Executive Director of the Mayor’s Commission on Youth and Physical Fitness.

Mr. Aschkenasy has been a partner and part-owner of The Oyster Bar, the Rainbow Room, and Gallagher’s Steak House. In 1975, he bought Charley O’s in Rockefeller Center and opened the US Steakhouse in the Time & Life Building. Subsequently, he has owned Luchow’s, the American Charcuterie, and five other New York City restaurants.

Mr. Aschkenasy has served on Manhattan Community Board #5, and the executive committees of the New York City Restaurant League and the New York City Convention and Visitors Bureau, and was a founding member of the Association for a Better New York. He was co-chair of Mayor Ed Koch’s transition Committee on Parks, Recreation, and Cultural Affairs, and was Treasurer of “Koch-82,” the Mayor’s re-election committee. He is member of Community Boards 2 and 6 in Brooklyn, and the boards of the Brooklyn Arts Council, the Mayor’s Midtown Committee, Brooklyn Information and Culture, The Brooklyn Public Library, and the Brooklyn Bridge Park Development Corporation. He was co-chair of Brooklyn Borough President Marty Markowitz’s Transition Committee on Cultural Institutions and his committee on Public Access Television.

A graduate of Lehigh University, Mr. Aschkenasy joined the Fedcap Board in 2009.