Judge Robert Katzmann – A Preeminent Jurist, Leader and Friend Who Saw Potential in Everyone 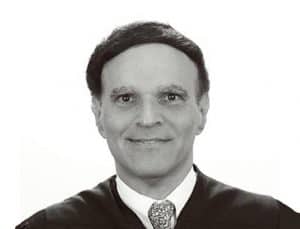 With great sadness we mark the passing of Judge Robert Katzmann, a preeminent jurist and longtime friend and supporter of Fedcap Rehabilitation Services. Judge Katzmann was praised by US Supreme Court Justice Sonia Sotomayor as “a visionary who brings out the best in people,” and having “an innate sense of justice, morality and integrity.”

Judge Katzmann was a strong supporter of the AbilityOne program, in which people with disabilities work and flourish in settings such as the Thurgood Marshall US Courthouse. Many of the janitorial and maintenance personnel working for Fedcap Rehabilitation Services were happy and honored to work in Judge Katzmann’s chambers and courtrooms, as he performed his important work for the Second Circuit.

“Judge Katzmann was a tremendous supporter and advocate for people with disabilities through his work, and generous deeds,” said Steve Coons, President, Fedcap Rehabilitation Services. “The men and women with disabilities working at the Courthouse have lost a leader and advocate who saw potential in everyone, and everyone who came into contact with Judge Katzmann knew that they profoundly mattered to him – and for that, we at Fedcap are so very grateful.”

As chief judge of the United States Court of Appeals for the Second Circuit in New York, Judge Katzmann helped guarantee legal representation to immigrants and championed civic education. The son and grandson of Jewish refugees who fled Germany and Russia, Judge Katzmann spearheaded the New York Immigrant Family Unity Project, the first government-funded program of legal assistance for noncitizens who were being held by federal authorities. The project evolved into the Immigrant Justice Corps, the nation’s first fellowship program dedicated to providing competent counsel for immigrants.

“Almost single-handedly, he convinced the organized bar to provide free quality representation for thousands of needy immigrants,” Jed S. Rakoff, a senior U.S. District Court Judge, told the New York Times. “No judge ever took a broader view of the role of a judge in promoting justice in our society or was more successful in turning those views into practical accomplishment.”